You maybe don’t realise but in order to home educate successfully parents have some serious un-learning to do!

Un-learning? That’s a bit contrary for an education blog isn’t it? How is that going to help with home schooling when there’s so much new stuff to understand?

And that’s the whole point; there’s a lot of new stuff to understand about education. Old stuff to un-learn. Un-learn a lot of inhibiting ideas about approaches to learning and education that can get in the way of a successful home educating journey.

Firstly is the idea that only qualified professionals can facilitate a child’s learning. Not true. Anyone can help a child learn, anyone can give support and encouragement, inspire and motivate them, which are all the things you need to assist learning. You don’t necessarily need it to be teachers. The content stuff you can find out on the internet anyway.

Secondly, there’s the idea that kids need a classroom, to be quiet, to sit formally, to study all the time, to write stuff down, to do formal academic exercises, in order to learn anything. Also not true. There are all sorts of different ways to approach it, informally, incidentally, as a by-product of other activities, whilst moving about, out and about, through conversation, through active experiences, YouTube, visits to historic or scientific sites, as examples. Another example; reading any sort of material is as valuable for developing reading skills as wading through a reading scheme. Learning can successfully take place in informal settings in informal ways.

Thirdly, there’s the idea that in order to progress kids need to be tested. Not true. Tests have very little value to the learner. Why waste time regurgitating what you already know when that time could be more usefully spent on learning something new. (Understand more on testing here)

And fourthly, and a massively damaging idea; that all learning requires paper evidence of it having being learnt otherwise it hasn’t taken place at all. Parents are addicted to having massive amounts of stuff that shows what the kids have been learning. But no amount of paper evidence is proof that learning has been absorbed and understood. Now, I can totally understand that parents feel more confident with a nice wad of workbooks or written exercises or note paper with their children’s ‘work’ inscribed upon them to show off to relatives, doubters and the LA. And do it for that reason if you must. But this isn’t an essential approach to learning things. It demonstrates some skills, admittedly. But not proof of concepts having been deeply understood which is what really leaning is about. I appreciate it’s different at exam time and some youngsters find it helps to record stuff, but let that be if they choose to – not as a default.

And fifthly, the idea that how they do it in school is the right way. It isn’t necessarily. It’s just one way to approach education. In fact, is a wrong approach for many kids.

You have to brave to home school and continue to do so. Brave enough to let go of a lot of what you thought was true about approaches to learning. You have to trust that your intuition is right, that learning is taking place as long as the children are actively engaged, even when there’s no paper evidence. You have to re-learn what you may have been taught about education through your own schooling.

Especially that the school way is the right way to becoming educated.

Thousands of parents and families have un-learnt that idea. Perhaps you should join them.

Education is important. I guess all parents would agree.

But how many of you, I wonder, have really thought what education is? How many are not thinking about education at all, but are thinking instead about schooling and qualification. About the systematic and mechanical process in schools that bureaucrats tell us education is.

The majority of people I suspect. But this is not true education and it’s having a disastrous effect on the children. It’s also making education, which should be a broadening, developmental, personal experience, into a tightly mechanised priming of kids for outcomes outside the personal – like school league tables for example.

We can never truly predict the outcome anyway, for kids are never finished – and isn’t education about the kids! And without the development of personable skills, test results and qualifications are useless. Useless to the learner. A bane to teachers. And are stunting our children’s wellbeing, as more and more are heaped upon them.

Listen to some of Ken Robinson’s talks on Youtube. Here’s one. He doesn’t want reform of the old model we already have – he wants something completely different – something more personal – as our kids need. As our world needs.

And it’s time we demanded things to be different, time to make the bureaucrats listen.

Parents could make different decisions about their child’s education.

You could demand that all this testing should stop, for a start, or boycott them. Like this brave head teacher who decided not to do the SATs. Knowing as she does that SATs have little benefit to a child long term, but can be damaging to their generic educational experience.

You could think about what kind of educational experience is important and what you want the outcome to be – in your child, not in terms of qualifications. But in terms of their talent. Speak out at schools. Speak with other parents.

You could tackle your local MP and raise your concerns. Go talk to them at one of their surgeries. Write to the education minister. Join a petition for change.

And you could take a look at your political party’s educational manifestos before you vote.

Stop being so desperate about qualification and ask what qualifies you for a happy life?

Parents have an extremely powerful collective voice. Make your concerns known and take your child’s education and wellbeing back from the bureaucrats.

For most of them don’t understand children’s – or families’ – needs at all.

There he stands all smart and sparkling in his new too-big uniform, looking too small for school but with a sparkle of enthusiasm also in his eye.

He’s excited; everyone’s told him what an exciting place school is with lots of nice people and great activities he’ll love doing. He’s very keen – everyone’s been so nice each time he’s visited…

A few lessons in and the sparkle goes out his eyes faster than it goes off the uniform.

His first lesson is that not everyone is so nice, not even some of the people who smiled before. They’re too busy. Too concerned with having to do other things like keep control and make kids sit still.

And the third lesson he learns is that, despite the fact his mum shouts and gets cross sometimes, it’s nothing compared to being humiliated by the teacher. And the worst thing of all is that at least he knew what mum was cross about. The teacher just seems cross all the time and about things he doesn’t understand.

And he begins to learn that he doesn’t actually like school that much but that doesn’t seem to matter.

Over the years he learns a lot more about school but only a little about the world outside.

He learns that test results and grades are more important than learning about the world outside. In fact, they are so terribly important that if you don’t get the right ones, he’s been told, you won’t have a life. They are so important it makes him and some of the other kids ill trying to get what the teachers want them to get. They try so hard but still some of them don’t manage it. Those kids are disregarded.

And the grade getting does something to the teachers too. Where once there was a glimmer of something warm in their eye, this is wiped out by getting grades and by the word Ofsted.

Ofsted makes the teachers very impatient, very tense and very stressed. Except the day when someone sits in the classroom and watches them. Then they behave differently. They’re not impatient or humiliating that day.

As time goes on and the sparkle is long erased something else becomes erased too; parts of his personality.

He no longer has a personality truly his own. He has a school persona, one that enables him to fit in. Fitting in means not being who you want to be but being the same as everyone else.

Not fitting in means braving an emotional and physical pain far, far worse than falling off your bike or Gran dying. This pain is intensified every day by the group you don’t fit into sticking knives in the wound of who you are and twisting them. Telling the teachers makes it worse because some kids have control over the teachers too.

Even human kindness is secondary to fitting in.

You have to fit in with that. If you don’t, you won’t get an education.

But finally he realises that even fitting in doesn’t guarantee an education because, on the whim of an adult who sometimes abuses their position of power, you could easily fall out of favour and fail to get the scores. He’s seen that happen to his friend. His friend’s done for. He won’t have a life – he’s been told.

Well, everything is relative, and compared to the insanity described above, it seems to me to be a relatively sane, natural and appropriate way to educate our kids! 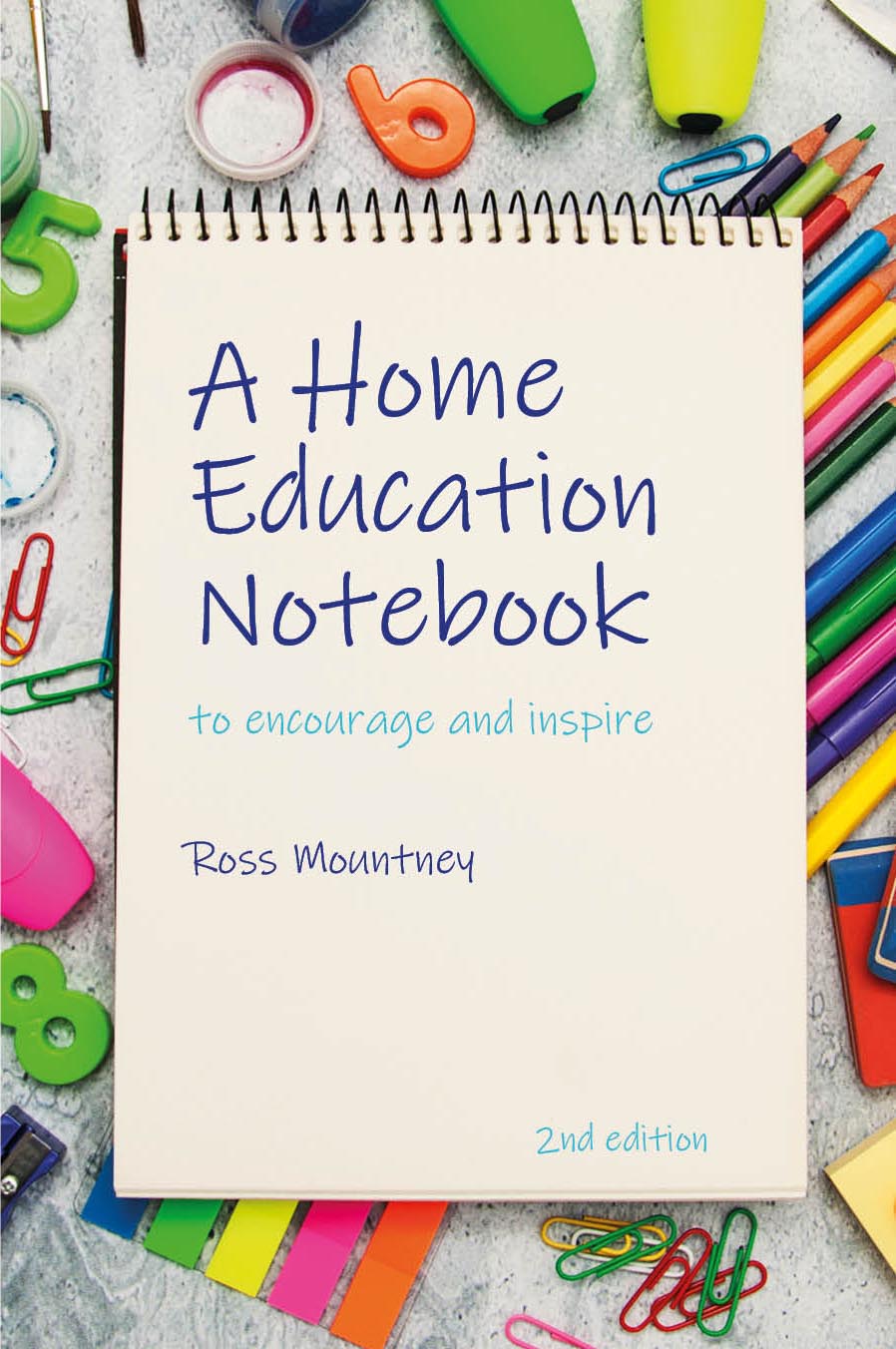