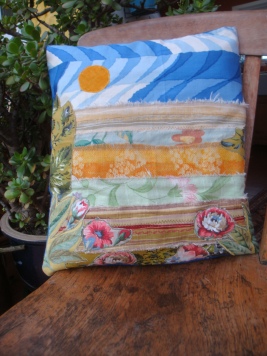 I get sick of words sometimes! Yea – I know I’m a writer but everyone gets tired of their job!

I often spend ages looking for the right ones, sometimes it takes a whole mile of tramping out in the wild to rustle up enough inspiration to even think when writing so depletes it. Let’s face it any work depletes it!

And finding the right words to express yourself is extremely difficult. Even great philosophers have a problem with language, because some concepts are so intangible and difficult to express the language can limit what you mean. It can be a barrier to pure thought. Certainly hard to write what we mean at times.

And we expect kids to do it?!

Anyway, sick of the linear form and released from the writing treadmill (yep – it can be as much a treadmill as any other job), I’ve been taking some time over the holiday to try and restore some creative energy, so turned my hand to more practical, hands on and visual forms of representing the things I love, or expressing love to others through making them gifts.

Several bags and cushions later I feel much refreshed. And practising some of the other ideas I’ve preached here throughout the year I bought nothing, just reused stuff we had, some of the fabrics dating right back to when the children were here and we’d collected materials from the recycling centre. So glad I didn’t pass them on as I threatened to do on several occasions I felt over cluttered!

And I was able to express my love for others, my love of textile, and my love of the land, in a different way from words, even if I did write this blog to tell you – the experience turning me back to writing and thus being just the refresher I needed.

I hope you were able to refresh over Christmas among all the other demands and now face the new year nicely rejuvenated.

HAPPY NEW YEAR to all my wonderful readers whose support means so much words still fail to do justice to it!

You have to mind your language when you’re a parent. It’s not good enough telling the kids not to swear then swearing yourself. Kids learn by what you do, more than by what you tell them.

We did our best not to swear as parents…not saying we managed it all the time:

“Mum – meeee?” asked my youngest one day with serious-question face.

Quick recap on my behalf.

“Why? Where did you hear that?”

“Daddy said it in the car the other day.”

You can always rely on your kids to spill the beans – I enjoyed telling him about that later!

My brother has a good example of trying to do his best to moderate language learned in youth. He was in the car with his little girl when the idiocy of another driver nearly caused an accident. His immediate reactions was;

“Oh, fuc …cod’s sake.” He at least managed to redirect it to something milder.

We obviously didn’t manage it completely because they knew enough to write a list for a swear jar (read what happened in ‘A Funny Kind of Education’), but I like to think it was the language they’d heard other people use not us!

Not sure, but the other day I was out on my bike on a single track country road and some maniac virtually drove at me in his four-by-four, obviously too busy to bother slowing down for cyclists, forcing me off the road into the mud and slime and splattering me with his tidal wave.

I’m afraid I was so incensed I used the F word a lot, followed by what’s in my picture.

I have heard that using bad language is supposed to be a healthy release for pent up anger. I certainly let some out that day!

Thank goodness we no longer have little kids around to hear it. 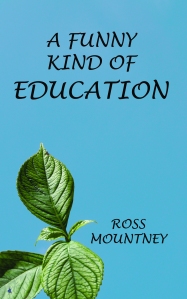 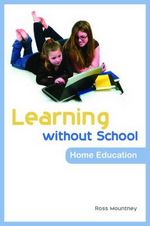 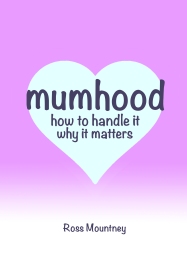