Still giggling! Lovely to be with those girls from ‘A Funny Kind of Education’ again!

It’s always so lovely to spend time with the girls. Those two lovely beings I’ve blatantly used as material in my books and blogs about home education!

My saving excuse is that they did know I was doing that, so kind of gave their permission, and I did it with good reason – to support all the other families coming along the home schooling road behind.

Your kind hearted comments tell me that it does. Thank you!

One story that I told was when Chelsea was about 14 and at her drama group along with other youngsters who were in mainstream school. (Ironically, she teaches it now!) Someone commented, after hearing she was home educated, that ‘you couldn’t tell’ and we had a laugh over that! Mostly at the suggestion that she wasn’t weird or double headed as some people seem to think home educators are bound to be. She was home educated and still ‘fitted in’; surprise, surprise! So in a sense I suppose that was reassuring.

Recently we were able to spend time all together again. Now in their mid twenties, we still have the giggles and the fun, although the conversations are a lot deeper. And the content of that story came up again, as it’s a comment still commonly received even in adulthood, but Chelsea has a very different attitude to it now.

In the light of so many minority groups who are different, like those who come under the LGBTQ+ umbrella for example, she feels very strongly that none of us should have to either defend or justify the way we are – home schoolers included. Everyone should be more open and inclusive.

And in relation to the fact she was home educated, she finds it offensive to equate that with an expectation of someone being ‘weird’ just because of it.

She says she is a person who may be described as different to many others in that she is very creative, confident, fairly feisty and chooses a entrepreneurial working lifestyle, which is unlike the mainstream lives many others choose, often lacking the courage to do so. If that makes her weird, so be it. But she finds it insulting to imply that home education is to blame.

She looks at it this way; there are plenty of ‘weird’ people who have been through school yet no one thinks to blame their educational past – i.e. school – as a reason for it. And this attitude is more a reflection of people’s discriminatory narrow mindedness, and is in complete contradiction to the inclusiveness society is aiming for. It’s incredibly insulting and she’s not prepared to put up with it.

We thought we’d share that with you in case you’d like to use the argument if ever you needed to!

A little while ago I read the most amazing story on the BBC news by John Corcoran. He was a teacher for 17 years who had hidden the fact that he couldn’t read. 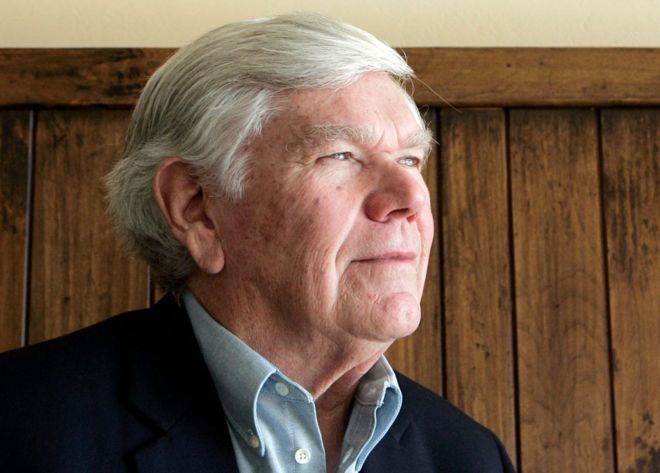 The teacher John Corcoran who kept it secret that he couldn’t read or write. Read his moving story

A teacher who couldn’t read? How shocking is that?

Or is it? Is it more shocking that someone who was so devoted to trying to better himself, despite his inability to pick up this skill, should be so ashamed of it that he had to keep it secret.

But perhaps the real shocker is the fact that our so-called inclusive society so looks down on people who cannot read that they feel compelled to do so?

The subject of his story is something that often bugs me; that we make judgements about people’s intelligence and about them as people just because they are different from us and cannot develop the skills required for reading in the same way we might.

Reading is a skill – a multitude of skills combined together – just like driving, for example. The ability to drive is also a set of skills that some people never manage to acquire, despite persistently trying. Reading is the same; a set of skills that because of the differences in people, some are unable to develop the same way as others.

We are all different. What works for some doesn’t work for others. Do we acknowledge that? For some things we do. For reading we seem to forget it.

But this is not an indication of low intelligence or ignorance or a defect. It’s just how some people are.

Let’s take away the snobbery, the pressure, and the judgement people like John and others like him have felt over the years and let’s support everyone in their differences, whatever they are.

Let’s live up to our claim of being an all-inclusive society and stop the shocking judgements that exist about those who do not read in the same way as others so that there’s no shame or secret surrounding it. And so that more can tell their story and get the proper support they need without feeling as bad as he did.