It must have taken a lot of courage for Richard Macer to make the documentary about his son’s Dyslexia. (Hoping it will become available again soon) Especially at a time of his learning life when his future seemed to hang in jeopardy upon his SATs results. (A ridiculous practice I’ve condemned before – and which some schools and teachers are beginning to boycott) The family’s feelings were hinged on it. My heart went out to them. 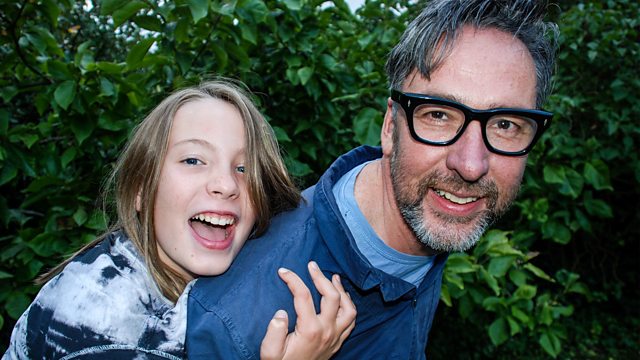 In the programme they described some of what it’s like for a dyslexic in school, how inhibiting it can be in terms of academic progress, how their son’s brain seemed to work differently to others, as did dad’s, how this could be perceived either as a set back or a potential gift.

And I was screaming at the screen; ‘it doesn’t have to be like this’! No one’s future should be the result of performance in one moment of time at 11 years of age. It’s preposterous. And preposterous that the system has been set up like this and causes so many families so much distress. particularly families of dyslexic children for whom schooling fails so miserably.

Towards the end of the programme, after tears and relief that the son did okay in his SATs, dad made a comment about his son’s ‘faulty’ brain and I was really saddened to hear that. Because dyslexic brains are not ‘faulty’. And no one seems to be saying what’s glaringly obvious to me: That they are only ‘faulty’ within the context of schooling. Take the dyslexic out of school, take away the label Special Educational Needs, and meet the child’s individual needs in alternative ways (which should be open to everyone instead of the single track approach of academic practise that schools use) and the child can learn and achieve. Those dyslexics within the home educating community are proof of that.

The trouble with the system is that it measures to norms. It proposes a pattern of normal and then tries to make each child fit. Those that don’t fit are deemed as ‘behind’ or ‘failing’ or SEN. But what the heck is normal? And heaven preserve us from fitting it, for it is often those who don’t who go on to do great things; invent things, find cures, have ideas, create solutions. In fact a wonderful piece towards the end of the programme looked at a body of research to uphold the idea that our survival as a species is dependent on those abnormalities, dependent on those who can see beyond the norms and continue to diversify. It’s diversification we need for perpetuation – not normal!

So rescue us from norms, I say, celebrate those who are different – dyslexics among them, and see the limited schooling system for what it really is – the cloning of diverse intelligences into sad souless sameness.

And all the best to father and family.

I’m turning into a sunflower. One glimpse of sun this past week and I feel my face swivelling towards it, twisting my neck like Meryl Streep’s in ‘Death Becomes Her’.

Shut up with the computer all winter writing another book I’m like a light starved plant; all weak and white and prone to keeling over. Then suddenly there was this strange phenomenon shafting over my shoulder and igniting the dust on the computer screen. It wasn’t till the sun shone on it that I realised it had got so furry it was like looking through tissue. But rather than dust it I did the sensible thing; got my boots on and went out like a druggie looking for a fix.

I was so high I fairly skipped down the path. And just like the birds trilling for a mate I even started singing.

“What’s that terrible noise?” asked my teenager in response. But even she was tempted out away from the technology to visit old home education haunts in the garden.

“This tree I used to climb has got smaller,” she said.

“I think you’ve got bigger, darling.”

“You always used to.”

It was like old times. I left her to it and set off along the tracks head high, spirits with wings, and a view of things other than the inside of my hood which has been down over my face all winter. And just like the sunflower, I turned my face to wherever the sun was. This was fine walking out but coming back I kept tripping over as I had my head twisted so far round I almost met myself coming back!

What a tonic. When I got home I gave the screen a cursory wipe and could belt out words faster than my daughter on MSN which is saying something. And I felt all glowing and revitalised and capable of growing ten feet tall with maybe even a flower on top.

One week of sunshine and I’m hallucinating!

I definitely know Spring is on the way! Okay, I admit it’s still a bit gruesome grey outside. And there’s a gale blowing strong enough whip our metal garden chairs across the grass and blast me down from the ladder where I was trying to do some pruning at the weekend desperate to get out the house. But despite that there are signs.

I don’t mean the snowdrops popping up everywhere bringing Spring tidings. Nor the spikes of green that prove one day there really will be daffodils. Nor the brave buds that swell despite the bushes being rocked worse than a boat on a rough sea, nor the randy birds beginning to sing for a mate.

There is something else that happens round here that heralds Spring much more than all that. It’s the wild geese getting excited.

They have been around all winter. We see huge flocks of them from the house, so low down as they drift in you could almost touch the fat black crosses they make overhead. We hear them all winter as they circle and settle on the green areas to graze.

They mass in huge numbers eating frantically and gabble a lot to each other. They do lots of wing stretching and flapping and holding up of proud heads. And you can tell they are itching to migrate back up North as our weather warms up, just as we itch to go on holiday when the sun shines.

Then, yesterday as I slipped out to walk the dog I sensed a change.  They weren’t loud and near and gently conversational as they normally are all winter, but far away and with a different tone to their calling. I looked up and way up high there they were, a long wavering skein, all stretched out in perfect equidistance between each other to get the best aerodynamic effect and making their distinctive V formation.

They were so high they were little more than tiny kisses painted on the grey. They would not be landing again. These geese were on their way to colder places leaving us to the coming of our Spring. I watched them till they were out of sight and their calling just a memory of winter moving over.

How magic is that! Gets me every time.

January – I feel like it’s the biggest challenge of the year! Back to work when waistlines and budgets are worryingly tight and serious cutting back is the order of the day. Bills instead of parcels and cards coming through the door. Dark dismal days when you never get to see the light and which squeeze any warmth out of your fingers, lips and toes.

January always feels so grim and colourless. But is it?

I wrap up with so many layers I’m like a ball of clothes on legs and force myself out on my daily walk to combat computer stiffness both in body and brain. And I find that actually it isn’t – you just have to notice.

There’s a singing brilliance in the few remaining berries, each highlighted with a drip of melting frost. There are beautiful bramble leaves still hanging onto stems which have turned a rich dark purple in the bruising cold and wet. And there’s an almost luminous yellow green to the stunning lichen along twigs and branches. It shines out in the grey stark month with such a colour it looks like encrusted sunshine.

The sight of it all lifts my January spirits, my chin from being tucked into my layers and my eyes from the soggy ground and I take more in. I hear the crows and rooks chattering about nesting sites, I see the groups of majestic curlew feeding in the field, lifting with their soul-moving song as I approach. And back in the garden I see the sharp show-off breast of the bossy robin guarding the birdfeeder.

The natural world goes on all around, January or not, and can provide the perfect repair kit for the damage done by that indoor, fireside, over eating lifestyle we’ve all indulged in over Christmas. It gives us green exercise, fresh air, natural music, and free gifts to look forward to like Spring!

Rural idyll this may be but it’s wild days like today that I see the advantages of living in a nice sheltered city where I’m less aware of the gales!

The wind roars louder than an angry football crowd and thunders on the roof as if it would be in. It shakes the hedges and the house and the tall old tree, bending it right down towards the electric and telephone wires. The wild geese and the seagulls dot the fields with white as they stand feathers ruffled and huddled together close to the ground till the wind abates. And the lane is so submerged under puddles and lakes it’s like driving along in a boat. I have to go extra slowly not just because of the water but because I can’t see where the potholes are!

From the upstairs window the distant waves actually look higher than the sea wall but I try and console myself this is just an illusion. I also try and console myself with the thought that this old house has stood gales like this for years and soon rural calm will be restored. I hope without the electric and phone line going down.

Meanwhile though, despite my heaven being in the country, it is very tempting to jump in the car, brave the floods on the lane and hole up in the nearest Costa where the sounds of the town drown out this disconcerting roar!